Concept for the Video Player

The design concept for my example was taken from a current project I’m designing to help newly hired nurses transition into the role of professional nurse.

The interaction’s focus is on people (nurses), so there’s a strong emphasis on personal stories told with video. My original design and layout works, but I knew I wanted something more playful to use for my challenge entry.

Designing a Visual Theme for the Video Gallery

The best way to change an existing design is to flip it on its head. Using a slate-textured background, handmade display font, and doodle graphic elements, I could quickly transform my professional designs into something more playful and friendly.

It took a little longer to roughen the edges of each box, but I felt the effect was worth the time. The unique designs of each thumbnail represents the unique stories each character has to share.

For the characters, I wanted to do something playful that would entice learners to meet the team.

My first idea was to add audio rollovers to have the characters say their names or give a quick introduction. I decided against the audio rollovers since I wasn’t doing anything similar in the rest of the project.

Ultimately, I went with a more visual direction by giving the characters and exaggerated pose when moused over.

As usual, the video player development was much smoother and quicker than the design phase. I estimate spending about six hours for the new design and about an hour for development. This includes minor edits and republishing. Storyline’s easy that way!

Since the interaction follows a tabs-style design, setting up the triggers and slide layers was a piece of cake. Each character has one trigger that shows a new layer.

The best production tip I can share is for the character rollovers.

Whenever I build custom image rollovers in Storyline, I like to make the images the same size for each state. This makes aligning the persistent objects (thumbnail background) much easier.

Here’s a screenshot of the original images for Brianna’s normal and hover states. You can see that the hover state is significantly larger than than the normal state.

I find it’s a lot more work to align the hover image to the normal image when the images are different sizes. To get around this, I align the two objects in Photoshop and then export each based on the larger image’s dimensions.

Back in Storyline, I can use Change Picture… to quickly swap out the pictures.

Excited to hear from the e-learning experts? Go ahead and see what they have to say by viewing the example.

Combining Text with Images in E-Learning

Read More
The before and after image effect is a great way to quickly contrast two images. While this effect…
BBlog

Read More
This screencast was inspired by an image of a man’s arm coming out of a computer. I saw…
BBlog 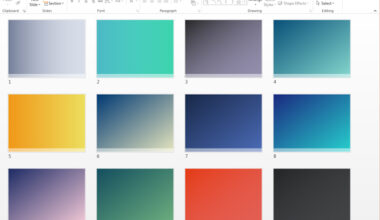